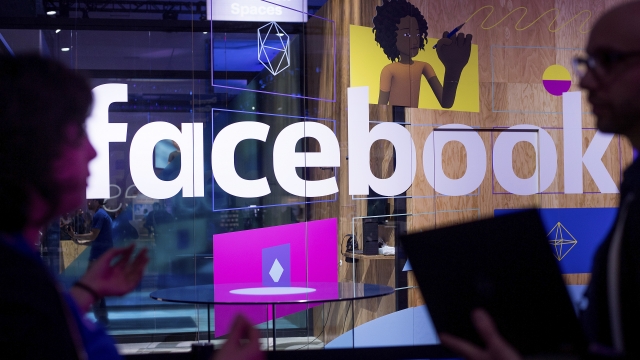 Last month the site flagged more than 50 million posts that contained false information about the coronavirus.

The company attaches these labels to posts that are reviewed by independent fact-checkers and artificial intelligence, which look at content in more than 50 languages. Facebook says these flags have greatly reduced the number of views those misleading posts attract.

Here's an example of two Facebook posts regarding the spread of COVID-19. At a glance, they're nearly identical. But if you take a closer look, you'll notice that the text is completely different. The one on the left was found to be accurate, while the one on the right was edited and could spread false information about the virus.

The company is also battling people attempting to take advantage of the virus by selling related products on its site.

Facebook said in a blog post, "Since March 1, we've removed more than 2.5 million pieces of content for the sale of masks, hand sanitizers, surface disinfecting wipes and COVID-19 test kits."

While there are many difficulties in monitoring a platform that attracts more than 2.6 billion users each month, Facebook says its labels are working.

The company said when someone is warned that a post contains misinformation, they will choose not to view it 95% of the time.