Facebook Sorry For Flagging Declaration Of Independence As Hate Speech 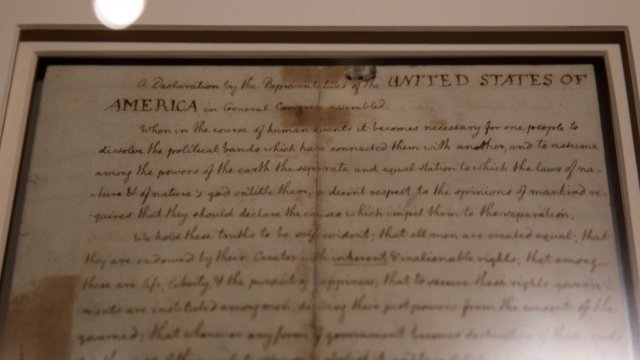 Facebook has restored a newspaper's posts of the Declaration of Independence after previously flagging them as hate speech.

The Vindicator, a newspaper in Texas, scheduled several posts of excerpts from the Declaration of Independence leading up to the Fourth of July. But Facebook flagged and removed parts of the material containing the words "merciless Indian savages."

The managing editor of the Vindicator commented on the action, saying, "To be honest, there is a good deal in that passage that could be thought hateful" if taken out of context.

Facebook apologized July 3, saying: "It looks like we made a mistake and removed something you posted on Facebook that didn't go against our Community Standards. We want to apologize and let you know that we've restored your content and removed any blocks on your account related to this incorrect action."