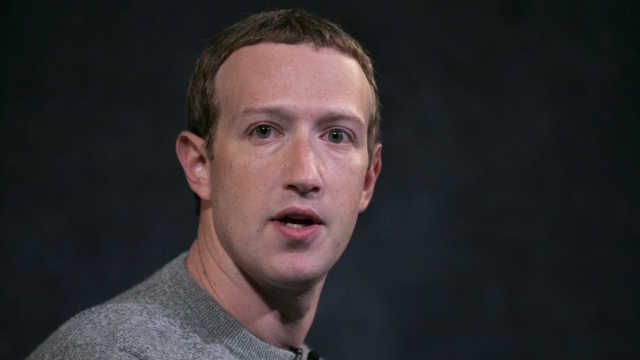 Some Facebook employees took time off work Monday in protest of the CEO's decision to leave up comments made by President Donald Trump.

Last week, Twitter added a fact-check label to a tweet about mail-in voting and a warning label to one about the George Floyd protests in Minneapolis. It said the George Floyd tweet could potentially encourage violence at demonstrations.

Facebook left the same posts up, and CEO Mark Zuckerberg later said the posts did not violate Facebook rules.

"I disagree with Mark’s position and will work to make change happen."

"I'm a FB employee that completely disagrees with Mark's decision to do nothing about Trump's recent posts, which clearly incite violence."

Zuckerberg has repeatedly said Facebook should not fact-check what politicians say on its platform.

"So, just because we don't want to be determining what is true and false doesn't mean that the politicians, or anyone else, can just say whatever they want, and our policies are grounded in trying to give people as much a voice as possible while saying if you're going to harm people in specific ways, if you're going to do something that's going to cause violence, or if you're saying that something is a cure to a disease that has been proven to be a cure, but it's not. And that could lead people to either not seek another treatment or do something that could be harmful. We'll take that down no matter who says that," Zuckerberg said.

In response to the "walkout," Zuckerberg moved his weekly employee meeting from Thursday to Tuesday so he can address their concerns more quickly. A Facebook spokeswoman said the company encourages "employees to speak openly when they disagree with leadership."