Facebook Did Not Report Cambridge Analytica Misuse Of Data To FTC 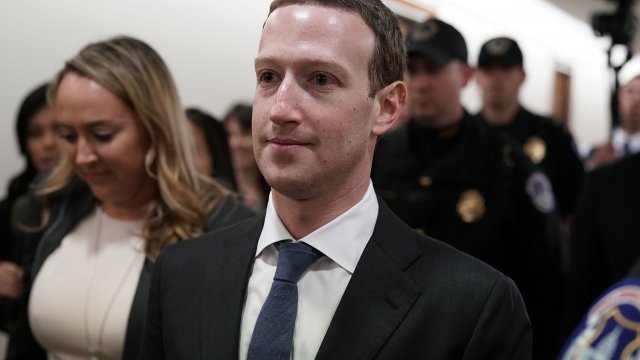 SMS
Facebook Did Not Report Cambridge Analytica Misuse Of Data To FTC
By Gabrielle Ware
By Gabrielle Ware
April 10, 2018
In testimony Tuesday, CEO Mark Zuckerberg said he thought it was a "mistake" not to ban the firm earlier.
SHOW TRANSCRIPT

Facebook CEO Mark Zuckerberg, undergoing intense questioning at a joint Senate hearing on Tuesday, said Facebook took action against Cambridge Analytica in 2015 but failed to see if any changes had actually taken place.

He told Sen. Bill Nelson: "We took down the app, and we demanded that both the app developer and Cambridge Analytica delete and stop using any data that they had. They told us that they did this. In retrospect, it was clearly a mistake to believe them."

The inaction also includes failing to inform the Federal Trade Commission about the misuse of data. Zuckerberg said Facebook considered the matter "a closed case" because he told Cambridge Analytica to delete the data.

When asked why Cambridge Analytica was not banned in 2015 when the company initially heard of the firm, Zuckerberg said, "They weren't an advertiser, they weren't running pages, so we actually had nothing to ban."

He later corrected that statement and said it was an advertiser and not banning the firm was a "mistake." The firm harvested over 87 million users' data without their explicit permission.