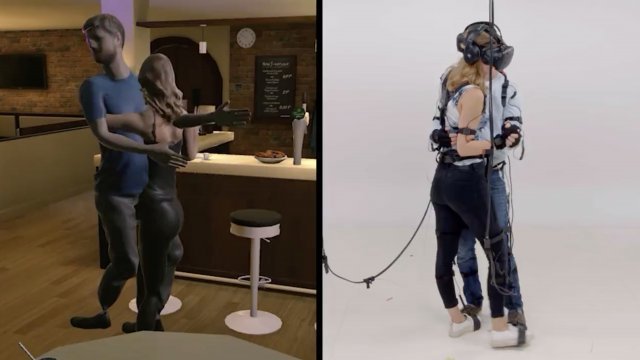 If you've never heard of Facebook Watch, don't worry. It just became broadly available in the U.S. on Thursday.

The basic premise of "Virtually Dating" is two people go on a blind date wearing VR equipment. They choose from backdrops like outer space, zombie apocalypse or ancient Egypt. They also have the option to ditch human form and turn into aliens, dinosaurs or what appears to be a cardboard box person.

So far, the reviews aren't that great.

But the show does underline Facebook's commitment to VR technology. The social media platform dove into the field in 2014 when it purchased VR company Oculus for $2 billion.

And Facebook is pushing the social angle of VR with "Facebook Spaces," which provides virtual chat rooms for people to hang out in VR. It's currently still in beta.

But Facebook has had some bumps along the way on its quest to mainstream VR. The technology hasn't really taken off with the public.

Recent research by SuperData says Oculus is lagging behind Sony's PlayStation VR and HTC's Vive. Facebook hasn't acknowledged the struggling sales, but the Rift took two price cuts this year. It now costs about half of what it did at the start of 2017.

And Facebook CEO Mark Zuckerberg said that he doesn't "think that good virtual reality is fully there yet." He said it'll take about another decade.

But Zuckerberg hasn't been deterred yet. He said Facebook will probably spend over $3 billion during the next decade to improve VR technology.