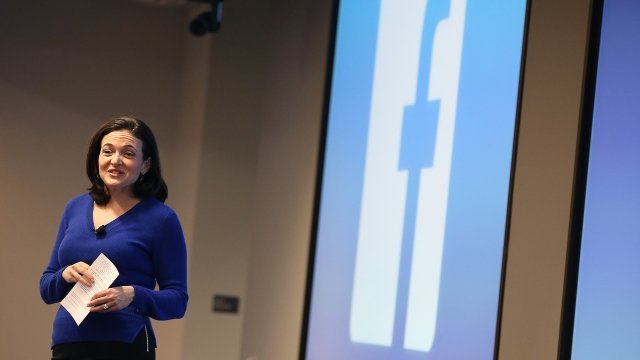 SMS
Facebook COO: Users Who Want Privacy Would Have To Pay For It
By Jake Jones
By Jake Jones
April 7, 2018
Facebook Chief Operating Officer Sheryl Sandberg was clear that wasn't in the company's plans.
SHOW TRANSCRIPT

A top-level Facebook executive suggested users who want to protect their data would have to pay for the privilege.

Chief Operating Officer Sheryl Sandberg said Friday on NBC's "Today" show: "We have different forms of opt-out. We don't have an opt-out at the highest level. That would be a paid product."

But she was clear that wasn't in the company's plans.

Zuckerberg is scheduled to testify before congressional committees in April.