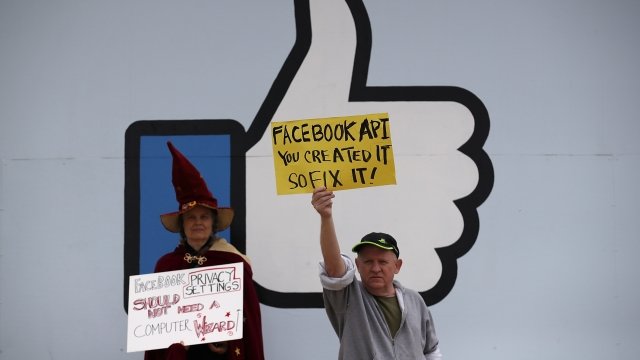 SMS
Facebook Collects Data On People Who Don't Even Have An Account
By Tyler Adkisson
By Tyler Adkisson
June 4, 2018
Facebook's data-sharing partnerships show that even if you're on top of data privacy, strangers may unwittingly expose your data.
SHOW TRANSCRIPT

Facebook CEO Mark Zuckerberg has spent much of 2018 explaining how his company collects personal data. He escaped governmental hearings relatively unscathed, but a new report could thrust the embattled social media giant back into the spotlight by exposing the network of third parties who received user data from Facebook and how they got it.

This means that even if a person is on top of their privacy settings, their information could still be exposed by their Facebook friends, or even the friends of their friends. One New York Times reporter who used a Blackberry-supported app to log into Facebook found it could get unique personal information on 556 of his friends and on nearly 295,000 of his friend's friends.

What's more, Facebook has admitted it can still find and use your personal information even if you don't have an account. For instance, when people visit websites that use Facebook-developed code to link back to the social media website, Facebook collects data on every visitor, like their IP address. 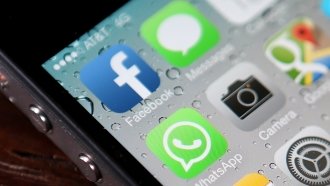 Facebook Defends Itself Against New York Times Report On Data-Sharing

Facebook responded to the Times story by saying the data sharing is only used for app development and is tightly controlled. Zuckerberg also recently promised Facebook would roll out a "Clear History" tool so people can delete their data.

But even then, it's unclear if that would help stop all data collection, even for non-users. Facebook stores non-user information for up to 90 days, but it can gather info continuously. That means even though it may delete some information after a certain amount of time, it's allowed to essentially re-collect that data from new sources later on.