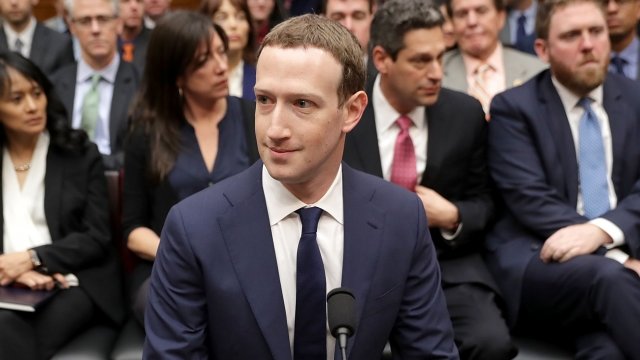 SMS
Mark Zuckerberg To Appear Before European Parliament
May 21, 2018
His hearing will focus on Facebook's use of personal data.
SHOW TRANSCRIPT

On Tuesday, Facebook CEO Mark Zuckerberg will appear before senior members of the European Parliament to answer questions about the Cambridge Analytica data breach and how his company uses personal data.

The meeting was initially supposed to be behind closed doors, but after public backlash, the European Parliament's president, Antonio Tajani, announced it would be livestreamed. A Facebook spokesperson told news outlets, "We're looking forward to the meeting and happy for it to be livestreamed."

The meeting will take place in Brussels and begin 12:15 p.m. Eastern Standard Time. It will be livestreamed on the EU Parliament's website.

Meanwhile, Zuckerberg has still not agreed to answer similar questions before members of the U.K. Parliament, despite the U.K. government threatening to issue a summons for him to do so the next time he's in the country.