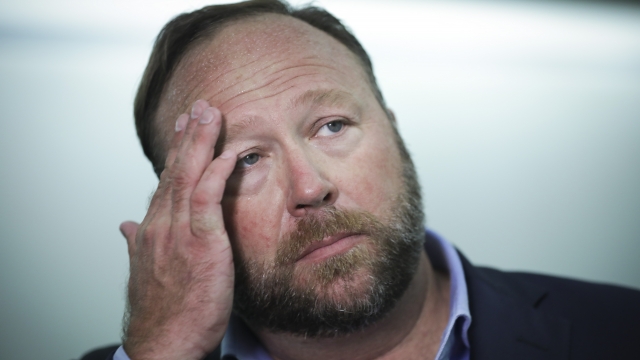 Facebook says it's banning several high-profile right-wing users from its platforms because they violated its policies and are considered "dangerous."

The list includes Alex Jones and InfoWars, his far-right conspiracy theory and fake news website. Facebook removed Jones and InfoWars last year for violating bullying and hate speech rules, but they were still on Instagram. Now they're barred from both platforms.

The others include Paul Nehlen, an anti-Semite; Milo Yiannopoulos; Paul Joseph Watson; and Laura Loomer. All of them are right-wing media personalities. It also banned Nation of Islam leader Louis Farrakhan, who's known for using anti-Semitic language.

A Facebook spokesperson said the company has "always banned individuals or organizations that promote or engage in violence and hate, regardless of ideology."

But critics say Facebook should have removed these users the moment it determined they'd violated its policies. Some even allege the company may have banned all seven at once to generate positive publicity.

The social media company has been criticized in the past for not acting quickly enough on sensitive issues, especially when it comes to users' privacy.