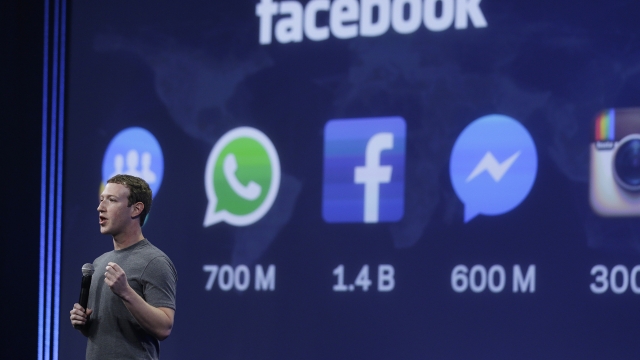 SMS
Audit Finds Facebook Made 'Devastating' Moderation Errors
By Tyler Adkisson
By Tyler Adkisson
July 8, 2020
The audit stresses that the way Facebook handled some of President Trump's posts may set a precedent where politicians routinely exploit the platform.
SHOW TRANSCRIPT

In a new, nearly-100 page civil rights audit commissioned by Facebook, the report’s authors determined Facebook’s decision to leave up several posts by President Donald Trump which “clearly violated” platform rules was a “devastating” error that could allow Facebook to be further abused by bad actors.

The report described Facebook’s civil rights efforts as a “seesaw of progress and setbacks” that have led to uneven rule enforcement across the platform. On the topic of content moderation, auditors found that while “Facebook has no qualms” about reining in speech around the anti-vaccine movement, it’s been “far too reluctant to adopt strong rules to limit misinformation and voter suppression.”

For example, they noted that Facebook took no action around a series of President Trump's posts calling vote-by-mail ballots illegal, despite the fact that auditors said the president's posts did, indeed, violate platform policies about providing misleading information about voting.

"When confronted with health-related problems or attempts to mislead users about health-related issues, platforms are much more comfortable in being aggressive and going after untrue material. In the political realm, I think they feel a lot of anxiety about taking down or otherwise diminishing this or that piece of content because they're afraid that whoever was the proponent of that content is going to get angry at them."

The auditors said that Facebook’s decision to allow President Trump’s posts on voter suppression and violence toward protesters raised “grave concerns.” Specifically, they worried that this lack of enforcement may set a precedent where politicians routinely exploit Facebook while undermining its civil rights efforts.

Still, the audit found Facebook is making progress in some areas, such as making a historic civil rights settlement that helped limit discrimination in its ad targeting systems, and pledging to hire more Black executives over the next five years.

It’s unclear what, if any, changes will be made as a result of this report. In a press release responding to the audit, COO Sheryl Sandberg wrote that Facebook still has a long way to go and admitted the company “won’t make every change they call for,” but “will put more of their proposals into practice.”