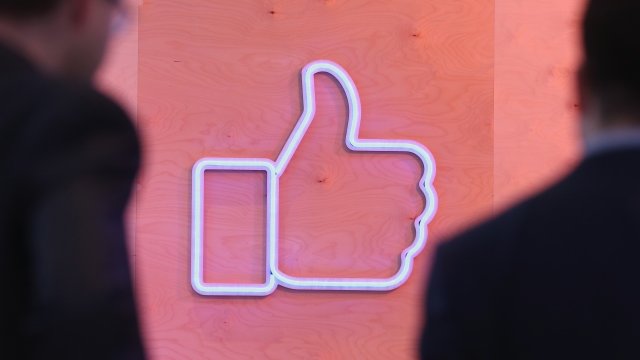 The company is adding a button that will show readers details about a news story source, related articles and other contextual information.

Facebook is testing another feature aimed at fighting fake news.

The company says it will add a button to articles that gives more context about what users are reading without leaving the site.

The button will show details about the source, how the story is being shared on Facebook and links to other stories on the same topic.

Facebook says it's possible more "bad actors" exist on the platform. The company is working with Congress and the special counsel to solve the issue.

Facebook says it hopes the tools will help readers decide if the article is from a source they trust and if the information is credible.

This is just the latest feature Facebook rolled out to fight fake news. In September, the company released new rules to prevent ads from running on fake news and offensive videos.

The button announcement comes after Facebook and Google were criticized after their algorithms promoted false information about the Las Vegas shooting.

A Facebook spokesperson said the company is working to fix things and that the company regrets the confusion.