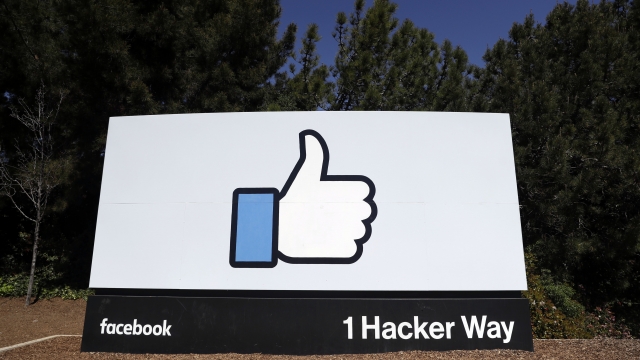 It's been difficult for regulators to hold Facebook legally accountable for its business practices, but experts think advertisers might be able to.

"If you are going to have billions posting every day, those people are going to have an enormous burden of making decisions on hundreds of discrete items each work day." said Paul Barrett, deputy director of New York University's Stern Center for Business and Human Rights.

Big-name advertisers are jumping ship, saying Facebook needs to help prevent the spread of hate speech and misinformation. And experts say this could be a big push to incentivize change to the social media company’s policies around divisive posts.

“How would you recommend that tech companies take meaningful action to prevent the dissemination of this information on their platforms?” asked U.S. Rep. G.K. Butterfield.

Facebook has faced financial penalties for bad business practices, but critics say even the biggest fines have been too small to affect its business model.

When Facebook was hit with a record-setting $5 billion Federal Trade Commission fine last year for mishandling user data, its stocks actually went up after the news broke. It ended the year with $70 billion in revenue.

As the boycott gains momentum, Facebook has responded by making minor changes to its product to limit misinformation. It’s reportedly updating artificial intelligence tools used to rank articles that appear in news feeds by prioritizing those with original reporting, and is changing algorithms to down-rank articles without bylines. Facebook also said it would allow U.S.-based users to opt out of seeing social-issue or political ads from politicians or political action committees.

The boycott has led to short-term financial impacts, as Facebook’s stock dropped 8% during trading last Friday. Some of the biggest advertisers participating in the boycott, like Starbucks and Microsoft, also represent and may lead the way for industries that make up large parts of Facebook’s ad revenue.

“It is undeniable that much of their revenue comes from travel, hospitality, retail and CPG — and that makes up about 45-50%," said P.K. Kannan, dean’s chair in marketing science at the University of Maryland.

But for there to be a long-term impact, experts say boycott efforts need to be more widely adopted by the millions of small businesses that make up roughly 75% of Facebook’s total ad sales. Critics have also called on larger brands to extend their boycott pledges beyond just July.

However, experts note that if Facebook truly wants to fix these problems, it may require massive changes to the growth-and-engagement business model that created the problem in the first place.

“This was not sort of by happenstance that Facebook ended up with 2.5 billion regular monthly users," Barrett said. "This was a plan that was embraced by Mark Zuckerberg and his more senior lieutenants, and now they have to deal with the consequences of that.”