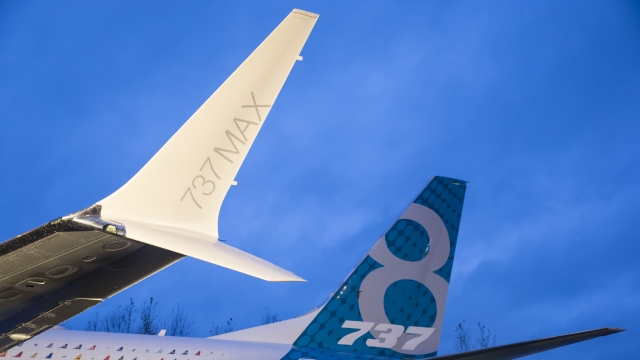 The agency said in a statement Wednesday it recently found a "potential risk" that Boeing must mitigate.

The FAA has uncovered a new issue with Boeing's grounded 737 MAX aircraft.

The agency said in a statement Wednesday it recently found a "potential risk" that Boeing must mitigate. It didn't go into much detail about what that risk is.

But according to several reports, during simulator tests of Boeing's new 737 MAX software, test pilots encountered a microprocessor failure that could push the plane's nose down toward the ground while in flight.

In an emailed statement to Newsy, Boeing wrote that the FAA identified an "additional requirement" that it asked the company to address through software changes it's been developing for the past eight months.

Boeing added that addressing the issue will reduce pilot workload by "accounting for a potential source of uncommanded stabilizer motion."

It's unclear if the issue played a role in the two crashes that led to the 737 MAX's grounding in March. But, as Reuters notes, it means that instead of receiving certification approval in late June, as Boeing had hoped for, the earliest the 737 MAX can even conduct a certification test flight is now July 8.