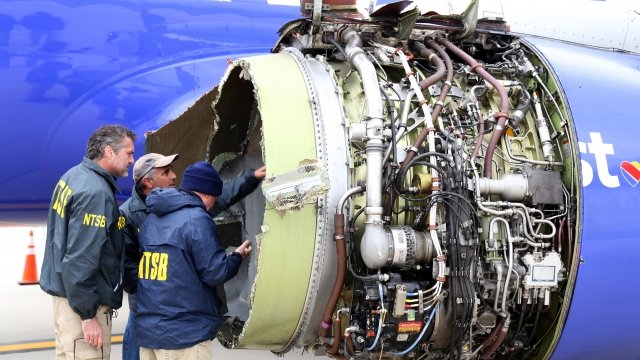 The Federal Aviation Administration has ordered engine inspection requirements for planes using similar engines to the one that failed on a Southwest Airlines flight earlier this week, killing one person.

The agency told airlines they should do ultrasonic inspections that could detect cracks and signs of fatigue that simple naked-eye inspections couldn't detect.

On Tuesday, a Southwest Airlines flight had to make an emergency landing after a fan blade in the engine broke off and shrapnel shattered a window. One woman died after being transported to a hospital.

The FAA's announcement came after the engine's manufacturer issued a recommendation that airlines inspect that particular engine type more frequently.