Drone Owners, Get Pumped — The FAA Is Taking Things To New Heights 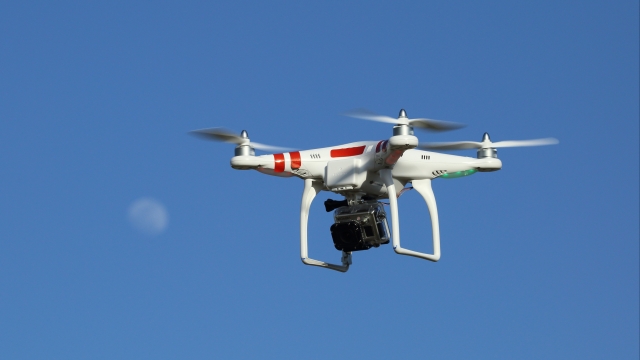 More than 3,300 drone pilots signed up to take the new aeronautical exam the first day it was available.

In order to fly the machines, operators have to pass an aeronautical exam. More than 3,300 pilots signed up to take the exam Monday morning, the first day it was available.

But if you compare that to the estimated 600,000 commercial drones that will be sold this year, there are plenty of other pilots who will probably need to add their names to that list.

And that number is expected to grow. By 2020, sales numbers are expected to climb to 2.7 million — and that's not even counting drones people use for fun.

The number of drones used for hobby is even higher. This year, around 1.9 million units are expected to be sold. Over the next four years, that number will climb to 4.3 million.

When it comes to business, the appeal for the hovering aircrafts is evident. They provide a cheaper alternative to get the job done.

News stations can ditch their helicopters for aerial shots, farmers can monitor crops, and businesses like Amazon can make deliveries.

So, what does this mean for traditional aircraft? Well, they'll need to be careful.

In 2015, there were more than 1,200 reports of drones flying too close to aircraft, which is a major spike from the previous year.

According to the new regulations, drones that weigh more than 55 pounds will not be allowed to fly. Nighttime use is also prohibited.