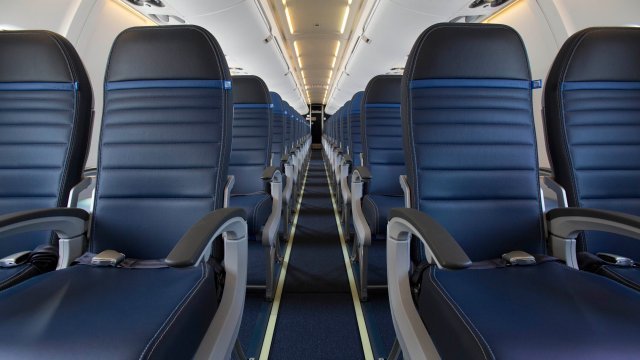 The Federal Aviation Administration said it will not set minimum legroom requirements for U.S. carriers.

The decision is a response to a court order related to a petition filed by advocacy group FlyersRights. The FAA said it found no evidence current seat dimensions posed a safety threat. It also cited evacuation tests, which show passengers were still able to evacuate a plane within the FAA's 90-second requirement.

But FlyersRights argues those tests are too outdated. The group expressed concerns over the tight configuration because the average American is larger than they were years ago. Over 70 percent of Americans are overweight or obese, according to the most recent CDC data.

According to the group, the average seat pitch – the space between the seat back and the chair in front of it – has gone from 35 inches to 31 inches. Last year, American Airlines announced it reduced its seat pitch to 30 inches in economy class.

But the issue of cramped airline seats is getting the attention of Congress. The House passed a bill in April that would require the FAA to set standards for seat pitch and seat size.