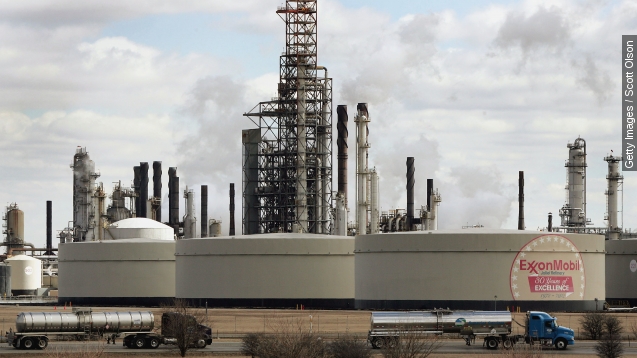 SMS
Exxon Mobil Under Investigation Over Climate Change Claims
By Ethan Weston
By Ethan Weston
November 6, 2015
New York's attorney general is investigating Exxon Mobil over whether the company misled the public about the dangers of climate change.
SHOW TRANSCRIPT

Exxon Mobil is under investigation by New York Attorney General Eric Schneiderman for allegedly misleading the public about the risk of climate change.

The investigation comes after the Union of Concerned Scientists revealed over the summer Exxon Mobil had been researching the risks of climate change as early as 1981.

It also claims Exxon Mobil had been funding campaigns undermining climate science, while it's own scientists warned executives of the dangers of climate change.

Now, Schneiderman is subpoenaing extensive documentation from Exxon Mobil including "financial records, emails and other documents."

Exxon Mobil's vice president of public affairs confirmed they had received the subpoena, and were assessing its response, but said they "reject the allegations that Exxon Mobil has suppressed climate change research." (Video via Exxon Mobil)

Some see this as a chance to open up new lines of attack for climate change litigation. More attorneys general could join the investigation.

And The New York Times reports "people with knowledge of the case" have said the inquiry might expand to other oil companies. At this time, however, none have received subpoenas.