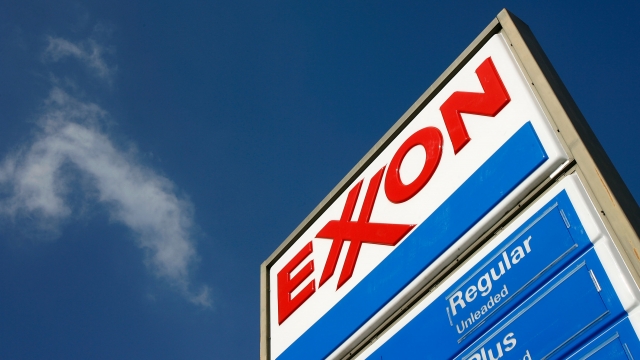 ExxonMobil was found not guilty Tuesday over allegations that it misled investors about how climate change will affect its business.

The lawsuit was filed last year by the New York attorney general’s office. It claimed Exxon used two different sets of calculations to determine how greenhouse gas regulations will impact the company: one to share with investors, and one for internal purposes.

The lawsuit alleges the company hid the true costs of those regulations from investors; a move which ended up causing shareholders to lose up to $1.6 billion. Exxon countered that its internal estimates were used for different purposes and "do not impact the company's financial statements and other corporate books and records."

The judge sided with the oil and gas giant, saying in his ruling that the attorney general's office had "failed to prove ... that ExxonMobil made any material misstatements or omissions about its practices and procedures that misled any reasonable investor."

ExxonMobil said in a statement after the verdict: "Today's ruling affirms the position ExxonMobil has held throughout the New York Attorney General's baseless investigation. We provided our investors with accurate information on the risks of climate change. Lawsuits that waste millions of dollars of taxpayer money do nothing to advance meaningful actions that reduce the risks of climate change. ExxonMobil will continue to invest in researching breakthrough technologies to reduce emissions while meeting society's growing demand for energy."

New York Attorney General Letitia James also released a statement, saying: "Throughout this case, we laid out how Exxon made materially false, misleading, and confusing representations to the American people about the company's response to climate change regulations. Exxon’s inability to tell the truth further underscores the lies that have been sold to the American public for decades. Despite this decision, we will continue to fight to ensure companies are held responsible for actions that undermine and jeopardize the financial health and safety of Americans across our country, and we will continue to fight to end climate change."