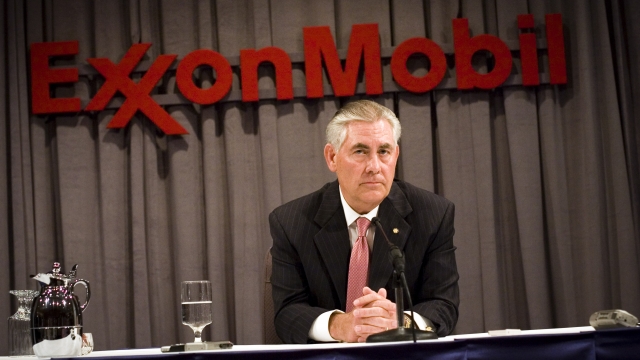 SMS
Rex Tillerson Leaves Exxon With A Clean $180M Severance Package
By Jake Jones
By Jake Jones
January 4, 2017
Exxon Mobil figured out a way to pay its former CEO the retirement he earned while avoiding conflicts of interest if he becomes secretary of state.
SHOW TRANSCRIPT

Rex Tillerson made a $180 million severance agreement with Exxon Mobil in hopes of avoiding any conflicts of interest as President-elect Donald Trump's pick for secretary of state.

If the Senate confirms Tillerson for the role, Exxon will pay $180 million to an independent trust that will give Tillerson the money over the course of the next 10 years.

The $180 million comes from the current market price of 2 million shares of Exxon Mobil stock, which Tillerson would have received had he retired in March rather than accepting Trump's nomination.

Instead, Tillerson stepped down as CEO on Dec. 31 and will lose $7 million in compensation because of it. 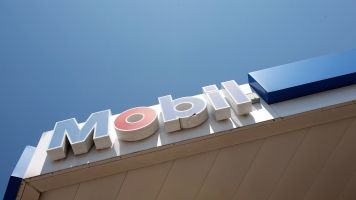 Tillerson also agreed to stay out of the oil industry for those 10 years on penalty of forfeiting whatever money is left in the trust.

If this does happen, Exxon says the independent trust would donate the remaining money to charities of its choosing, likely to charities fighting poverty and disease in developing nations.

Exxon's board of directors says it worked with federal ethics regulators to make sure the severance agreement avoided any potential conflicts of interest. And the deal does benefit Tillerson.

Even though he's taking a loss on his retirement from Exxon, he can sell the Exxon stock he already owns at a reduced tax rate, thanks to a law encouraging Cabinet appointees to avoid conflicts of interest by selling their private stock holdings.

Selling personal investments before taking public office is not required by law, and some politicians have refused to do so. Dick Cheney, George W. Bush's vice president, owned stock in the government contractor Halliburton while in office. Halliburton, an oil field service company, increased business with the U.S. government during the Bush presidency.

If all of his appointments are approved by the Senate, Trump's administration will be the richest in history. At a net worth of $330 million, Tillerson is the third-wealthiest member of Trump's Cabinet.

Secretary of commerce nominee Wilbur Ross is at the top of the list, worth roughly $2.5 billion, followed by Betsy DeVos, Trump's nominee for secretary of education, who's worth around $1.25 billion.