The Violence Of The New Zealand Mosque Shooting Is Amplified Online 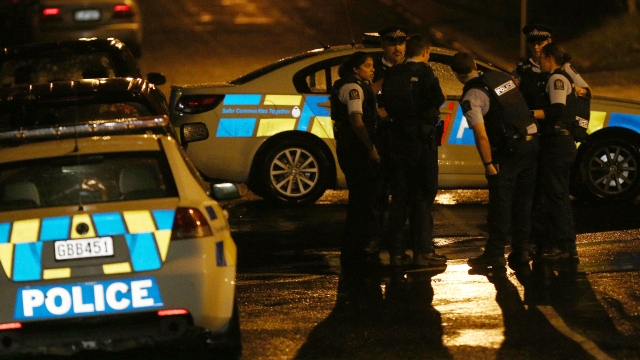 Before the attack, police say the alleged gunman posted a racist and Islamophobic manifesto on social media. The attack itself was announced on message boards, and then live-streamed on Facebook. The graphic 17-minute recording of the shooting spread quickly online after.

Despite those efforts, the gruesome video is still constantly being re-uploaded to YouTube. The manifesto is still hosted on sites with little to no oversight. And ultimately, the extremist ideology of the alleged attacker is spreading — and it's worth questioning if these platforms could have stopped it.

Hany Farid of the Counter Extremism Project may be talking specifically about Facebook there — but it highlights the broader issue of how major internet platforms can amplify hatred and violence.

While these shootings are alarming on their own, their connections to online spaces paint a scary picture of how extremism and violence permeate in the digital age.

After the mosque massacre in New Zealand, a New York Times columnist referred to it as "an internet-native mass shooting, conceived and produced entirely within the irony-soaked discourse of modern extremism." The Verge noted the manifesto contained "buzzwords meant to galvanize its spread."

"The platforms have to be held more responsible for the weaponization of their platform, whether that's due to extremism, child exploitation, illegal drugs, illegal weapons, etc. And so, I think that there is a line where we can allow for innovation, allow for free expression but minimize some of the damage we have been seeing to society over the last few years."

Despite years of warnings from terrorism experts and organizations like the Southern Poverty Law Center, the online infrastructure that perpetuates extremism still exists — and the New Zealand gunman's attack will likely continue traveling through it.