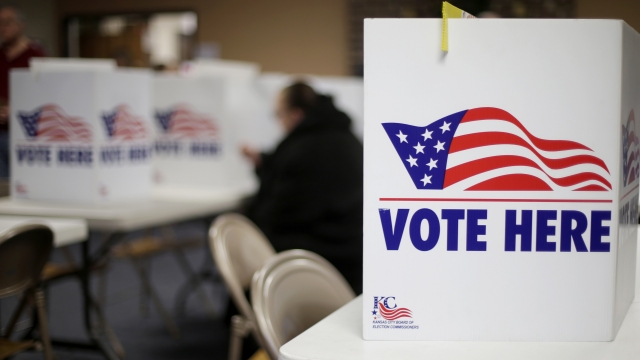 Analysts on extremism don’t often speculate, but these days they’re warning the election in November could be marred by violence.

"Election years have been times when we've seen a spike in hate crimes, a spike in hate speech, and also a clustering of extremist activity and plots around election time," says Brian Levin, director of the Center for the Study of Hate & Extremism.

According to the Center for the Study of Hate & Extremism, hate crimes have increased in every election year since 1992. One of the worst moments came in the days after the 2016 election.

"The civil rights group the Southern Poverty Law Center says there have been at least 700 cases of hateful harassment or intimidation since the election," a CBS anchor announced at the time.

"And if all these things are being questioned, you could see violence manifest for a whole host of different reasons around the election," William Braniff, director of the National Consortium for the Study of Terrorism and Responses to Terrorism, tells Newsy.

Analysts are assessing who is most likely to commit acts of violence.

"These movements often act in response to who it looks like is going to win. So if it looks like folks from the left are going to get elected, the hard, the hard violent right will often respond beforehand or with a rising tide that starts beforehand," Levin says.

With 940 hate groups tracked across the country last year, extremism experts recently testified on Capitol Hill that White supremacist and nationalist groups pose the greatest threat, spurred by a summer of protests.

"I don’t think there is a large risk of these groups ever coming together and forming kind of a private army but I’m very concerned of small cell terrorism," J.J. MacNab, a fellow at George Washington University's Program on Extremism testified.

The warning comes after a recent poll by The Democracy Fund Voter Study Group found 11% of Republicans and 13% of Democrats say violence would be at least “a little” justified if the other party won in November.

"Partisan terrorism, violence committed on behalf of one of our two political parties or on behalf of or against our elected leaders, this really threatens not just the social fabric, but sort of the political fabric of the American experiment," Levin says.

The FBI declined to respond to Newsy’s questions about what steps are being taken to protect Americans around the election. A spokesperson told us the agency is working closely with federal, state, and local officials “to protect our constitutional right to vote so that Americans can have confidence in our democratic process." The National Guard, which could deploy any of its 450,000 personnel to support law enforcement, told us it wouldn’t share tactical plans.

"In this world, when you have so many idiosyncratic players, you know, guns, bombs, cars and knives, that's kind of what we're seeing in a variety of different combinations. But the bottom line is we're seeing the advent of do-it-yourselfers who are going out and committing extremism across the ideological spectrum."

"There has been violence used to sort of change the outcome of elections," Braniff says. "In the United States, we've been really fortunate that that's been very rare."