When The Arctic Warms, Extreme US Weather Is More Frequent 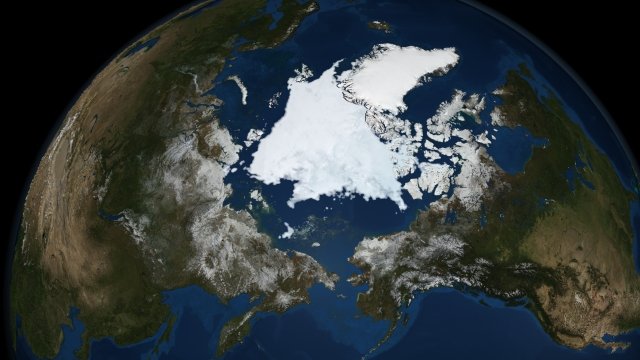 When it's warmer in the Arctic, extreme weather is more frequent in the lower latitudes.

It's looking more and more like what happens in the Arctic Circle doesn't stay there. A new study is some of the best evidence yet. It says changes in the coldest regions of the world go hand in hand with more frequent extreme weather elsewhere.

Researchers combined 66 years of weather logs from U.S. cities with Arctic temperature records. They show a clear correlation: When the Arctic warms up, heavy snow and bitter cold in the eastern U.S. is as much as four times more likely.

The team can't offer conclusive proof of cause and effect — only that both things happen at the same time. But that's consistent with other evidence that suggests unusual Arctic activity contributes to the storms that bury us in snow.

This winter, some places inside the Arctic Circle in Greenland spent record time above freezing. Scientists know this warmer Arctic air destabilizes the jet stream — and when Arctic air is free to wander south, it leads to cold snaps in the U.S. or causes intense winter storms.

Snowstorms might be severe right now, but the models suggest extreme hot weather events will start to outnumber the cold ones.

And as temperatures in the Arctic climb, so does the risk of releasing greenhouse gases from the frozen ground. Climate change — and the severe weather it strengthens — could get even worse.