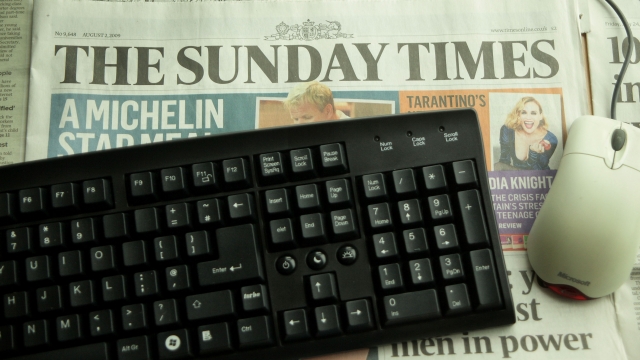 SMS
Extra! Extra! Online Media Employs More Than Newspapers For First Time
By Grant Suneson
By Grant Suneson
June 7, 2016
The Bureau of Labor Statistics released a study showing the number of internet media jobs has surpassed that of newspaper jobs for the first time.
SHOW TRANSCRIPT

It's official. The internet wins.

The Bureau of Labor Statistics released a study on the number of people employed in various types of media and, for the first time, the number of online media jobs has surpassed newspaper jobs.

The bureau analyzed trends dating back to 1990, and newspaper jobs have been steadily disappearing, dropping from more than 450,000 to around 183,000 as of March.

Online publishing jobs, on the other hand, have gone from being virtually nonexistent at the beginning of the '90s to employing close to 200,000 people.

Other media industry fields like books, TV and radio have held relatively steady over the past two-and-a-half decades.

The movie and video production field is the only other area to see major gains, which means all of your complaining about reboots and sequels likely won't change a thing.