Explosive Device Set Off Outside US Embassy In Beijing 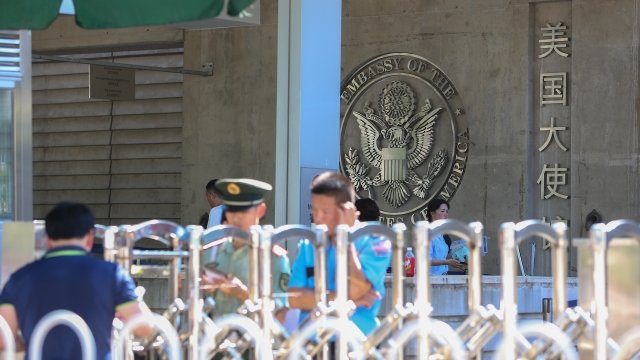 An embassy spokesperson said the person suspected of detonating the bomb was the only one injured.

An explosive device was set off outside the U.S. Embassy in Beijing Thursday around 1 p.m. local time.

An embassy spokesperson said the person suspected of detonating the bomb was the only one injured. The explosion reportedly did not cause any damage to the embassy's property.

Police in Beijing elaborated, reporting the 26-year-old suspect didn't suffer any life-threatening injuries from what officials called "a firecracker device."

A spokesman for China's Foreign Ministry told reporters the explosion was an "isolated security incident."

Prior to the explosion Thursday, police reportedly detained a woman outside the embassy after she doused herself in gasoline. It's unknown if the two incidents are connected.