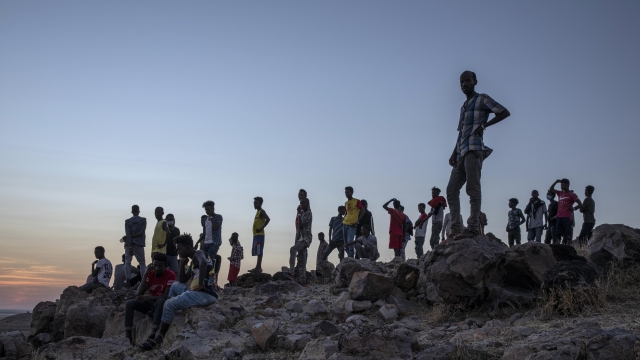 On Sunday, Ethiopia's army said it was in "full control" of the regional capital of Mekele but the government said Tigray leaders remain on the run.

The U.S. Embassy in the east African nation of Eritrea says six explosions were heard Saturday night in its capital.

There was also a report of a "loud noise, possibly an explosion" in the city on Friday.

On Sunday, Ethiopia's army said it was in "full control" of the regional capital, Mekele, but the government said Tigray leaders remain on the run.

Fears have grown that 96,000 Eritrean refugees in camps just over the border in Ethiopia are at risk.

Additional reporting by Cara Anna of The Associated Press.