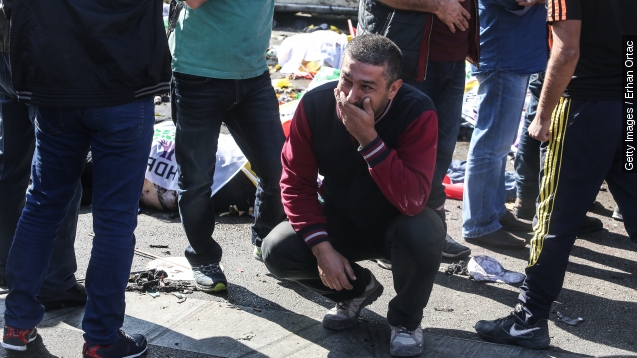 Dozens are dead after explosions in Turkey's capital Saturday.

Multiple media outlets report two blasts occurred before a scheduled peace rally near a train station in Ankara. In at least one video posted to social media, you can clearly hear two explosions. (Video via Hurriyet)

According to Turkey’s Interior Ministry, at least 86 people were killed and more than 180 were injured. (Video via IMC TV)