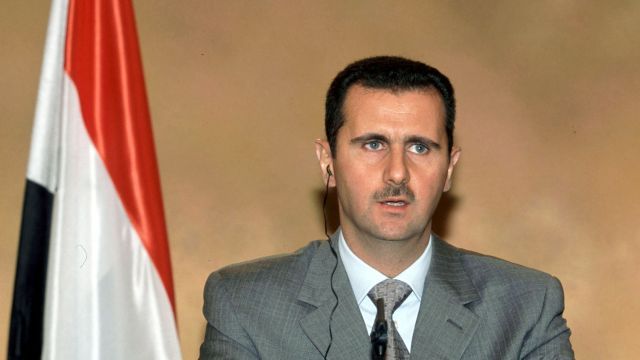 Things are getting tense between Israel and Syria, with the latest provocation coming before sunrise Thursday.

Syria says Israel hit a military facility near the Damascus airport, targeting a weapons supply that Israel says was headed for Hezbollah in Lebanon.

Hezbollah is an Islamist political and militant group that's violently opposed to Israel's existence. The group formed during Israel's occupation of Lebanon in the '80s.

Syria's regime is allies with both Hezbollah and Iran, and Israel says Iran is using that connection to funnel weapons and resources to Hezbollah.

As is typical, Israel didn't confirm or deny its involvement in Thursday's explosions, but the Israeli intelligence minister told Israel Army Radio the explosions fit Israel's policy "to act so as to prevent the smuggling of advanced weapons from Syria to Hezbollah in Lebanon by Iran."

Later Thursday, Israel's military said its missile defense system hit something flying from Syria over Israel's northeastern Golan Heights. It's not clear what the object was or where it was coming from.

The U.S. has also attacked the Syrian regime directly, but President Trump hasn't signaled a willingness to get more involved. Historically, Israel's Middle Eastern conflicts have drawn material support from the U.S.