Explosion Kills Dozens In The Turkish Capital Of Ankara 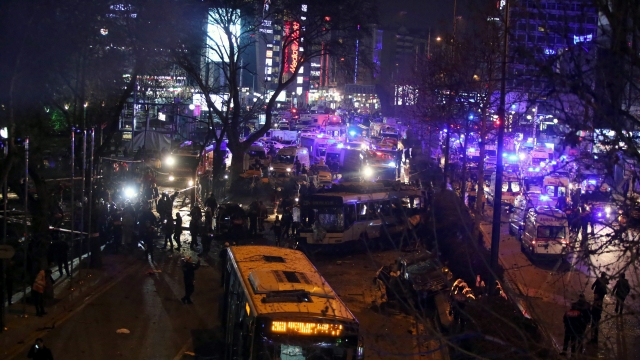 Turkish officials say at least 34 people have been killed and 125 injured in a car bomb explosion in Ankara.

A car bomb explosion in Turkey's capital of Ankara on Sunday left dozens of people dead or injured.

In a statement, the Turkish health minister said that at least 34 people are dead and as many as 125 people were injured.

The explosion happened around 6:40 p.m. local time near a bus stop and metro station.

"This is an area that is close to a park, the explosion reportedly happening close to a bus station where a number of people were waiting," said CNN correspondent Arwa Damon.

On Friday, the U.S. Embassy in Ankara posted a notification on its website about a possible terrorist plot in the city, warning U.S. citizens to avoid the area.

So far, no group has claimed responsibility for the attack. But this is the city's third terrorist attack in six months, after an attack in February killed 28 people and one in October killed more than 100 people.

This video includes clips from CNN and Al Jazeera and images from Getty Images.