Explosion Kills At Least 31 As Pakistanis Head To The Polls 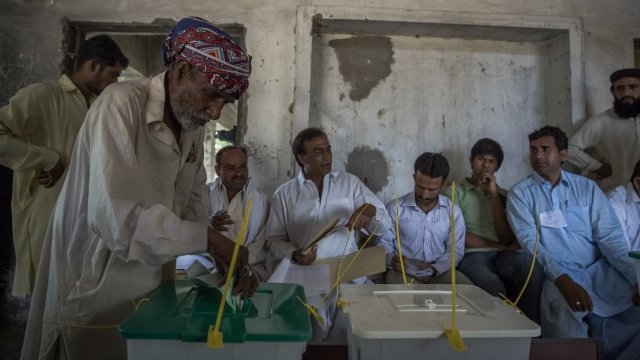 Dozens of people are dead after an explosion went off near a polling station in southwest Pakistan Wednesday.

The violence came as millions of people are heading to the polls to vote in the country's parliamentary elections. The Associated Press reported at least 31 people were killed in the blast.

Pakistan opposition leader Imran Khan denounced the attack on Twitter, writing, "Saddened by the loss of innocent lives. Pakistanis must defeat the terrorists' design by coming out in strength to cast their vote."

Wednesday's explosion took place in the same province where a suicide bomb attack targeted a political rally earlier this month, killing 149 people and injuring more than 185 others. ISIS has claimed responsibility for both bombings.