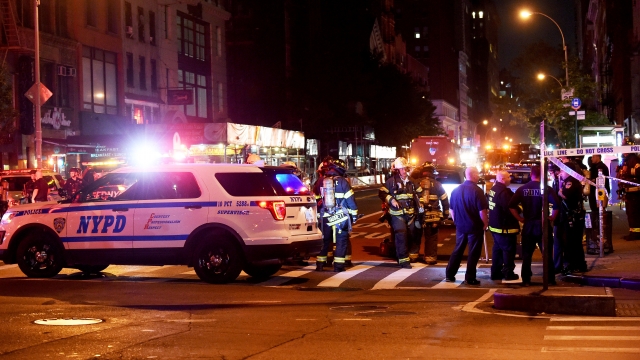 The New York area is on high alert after an explosion Saturday night.

At least 29 people were injured after an explosive device went off in front of an apartment building in Chelsea. As of Sunday morning, officials believed the device was hidden inside a toolbox.

Police found a second device four blocks from the scene and safely removed it.

Earlier Saturday morning, about 80 miles away, an explosion went off inside a trash can at a military charity run in Seaside Park, New Jersey. The race had started late, though, and no one was near the blast.

Officials don't believe there's a connection between the two explosions or that an international terrorist group planned either.