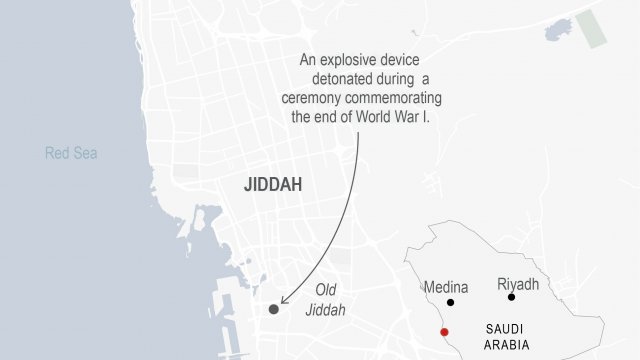 No suspects named but the event was organized by France, which has suffered attacks by Islamist extremists in recent weeks.

An explosion at a cemetery in Saudi Arabia has left three people wounded.

Officials say about 20 American and European officials were commemorating the end of World War I in the city of Jiddah in a cermony organized by the French consulate.

France and Austria have seen multiple attacks in recent weeks that authorities have attributed to Islamist extremists.

But exactly who detonated the explosive device today — and why — are not clear yet.

But the French embassy said in a statement, "Such attacks on innocent people are shameful and entirely without justification."