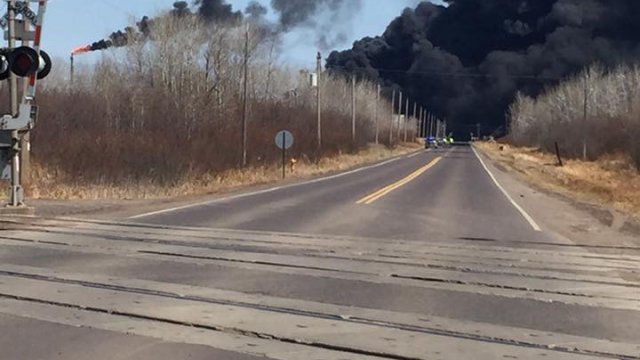 It happened at the Husky Energy refinery in Superior, Wisconsin. Superior Fire Chief Steve Panger told local outlets a small tank at the refinery exploded, creating a fire with a large plume of smoke.

Panger confirmed there were multiple injuries. At least five people were taken to the hospital, while others were treated on site. There were no reported fatalities as of mid-afternoon, and the energy company confirmed all workers were accounted for.

Superior Police say the fire reignited in the afternoon. Officials issued evacuation orders for people nearby, including those who were up to 10 miles south of the site.