Explosion At Fireworks Market Kills At Least 29 In Mexico 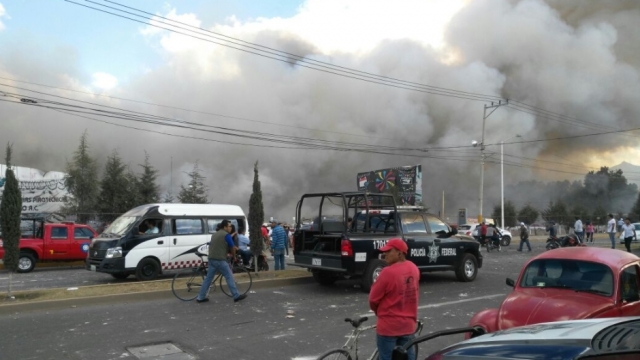 At least 29 people have reportedly died, and dozens more have been injured following an explosion at a fireworks market in Mexico.

The explosion happened Tuesday afternoon at a popular market in Tultepec, which is north of Mexico City.

SEE MORE: Fireworks Are Now Banned In Delhi Thanks To Air Pollution

Photos from the scene showed most of the market had been leveled. First responders could be seen searching through the market's charred remains.

Some nearby homes were also reportedly damaged.