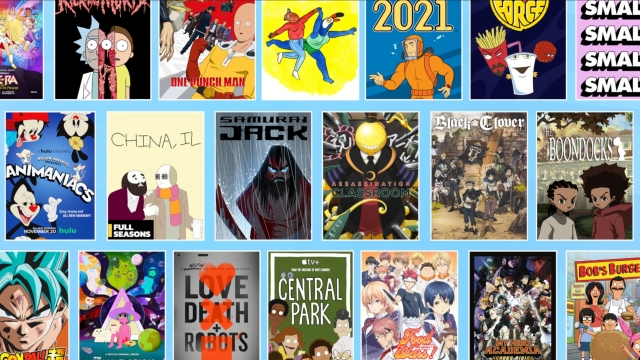 Animation saw a 22% increase in viewership during the pandemic, researchers say.

Between hit series like Adult Swim's "Rick and Morty" and animes like "My Hero Academia," we're in the middle of an animation renaissance.

Ollie Green, VP of animated production at Adult Swim: "Right now, it's probably the biggest audience for adult animation that we've seen. … It's not a fringe thing to be watching anymore."

During the pandemic, animation has only gotten more popular. The genre saw a 22% increase in viewership during lockdown, according to the streaming search engine Reelgood. That's more than any other category analyzed by the company.

In the streaming industry alone, platforms like Netflix and Hulu are bulking up their original animation lineups. When HBO Max launched in May, it heavily marketed its exclusive Studio Ghibli collection. And back in October, Sony was reportedly in talks to acquire the anime-streaming service Crunchyroll for nearly $1 billion.

Beyond that increase in demand, animation companies were also one of the few in entertainment that could continue working during the lockdowns.

Alden Budill, head of global partnerships at Crunchyroll: "Animation is itself a mode of making content that has been less impacted by COVID because it's not something that necessarily requires physical presence. And so we've been able to innovate in a variety of ways to ensure that, like, the production lines keep humming and the content keeps delivering."

Animators are working from home. Actors are installing voice-over booths in their closets. And back in April, the Writers Guild of America reminded its members — most of whom work for live-action productions — that "studios and producers are increasingly interested in developing animated projects."

Green: "Early on, when it was evident that animation was the only thing that was really sort of COVID-proof, we were getting tons of animated show pitches. Like, all of a sudden everyone had time and availability and apparently an animated idea in their back pocket."

Budill: "It really is demonstrating itself to be part of the mainstream, and part of this sort of pop culture zeitgeist."