Experts Are Concerned About Another Wave Of Evictions 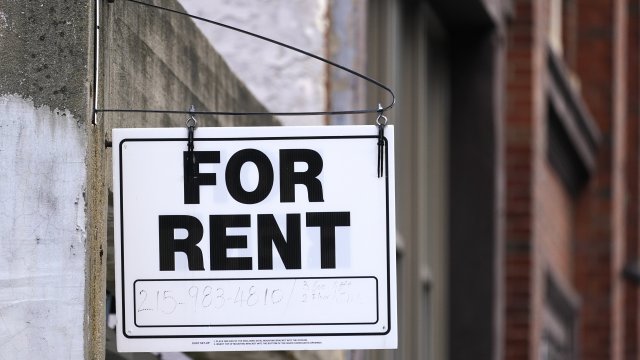 SMS
Experts Are Concerned About Another Wave Of Evictions
By Isbella Diaz
By Isbella Diaz
April 25, 2022
According to the Treasury Department, evictions nationwide were, and still are, well below historic averages thanks to moratoriums and federal aid.

But the next great wave of evictions that economists had predicted never came — at least, it hasn't yet.

According to the Treasury Department, evictions nationwide were, and still are, well below historic averages.

Economists credit that in large part to the moratoriums in place during COVID's darkest days, as well as nearly $47 billion in federal emergency rental assistance.

"I had the possibility that I was going to be homeless on top of the fact that I couldn't find a job," said Matt Games, who faced eviction last August.

Eviction rates nationally are still holding relatively steady. But as 2021 closed, eviction filings in Cincinnati, Houston, Gainesville, Florida, and Columbus, Ohio, exceeded 85% of the historic average. In Las Vegas, it was over 125%.

And now, nearly nine months since the last moratorium expired, the federal government is still providing rental support. But those funds will run out in the coming months.

Some local agencies are already taking steps to preemptively curb an expected surge in evictions.

"We've seen people come through our doors that haven't needed assistance with anything before, but because of everything that has happened over the past 24 months, they found themselves in a situation where they needed just a little bit of help," Community Action Council Executive Director Sharon Price said.

But experts are still worried about the reality that may be coming.

"Folks that are paying more at the pump or at the grocery store for groceries and gas to get themselves to work are having to make very hard decisions about where scarce dollars will go towards," said Michael Goldberg, assistant professor at the Weatherhead School of Management at Case Western Reserve University.