Experts Warn Of Harmful Effects On Eating Disorders During Quarantine 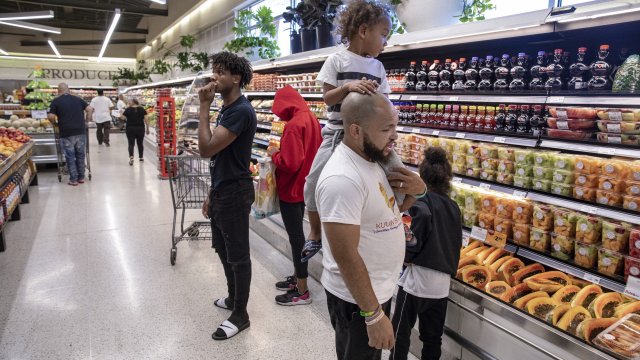 It’s easy to get wrapped up in the breadmaking and binge drinking from quarantine lockdowns, but some experts say this time in isolation has been extremely challenging for those recovering from eating disorders.

“The most difficult part for me was feelings of loneliness. That’s a huge trigger for me,” said Helena Orrego.

Helena Orrego, now 20 years old, developed anorexia and binge-purge disorder when she was 14. She’s currently in recovery, and has a team of providers who can meet virtually until things go back to normal. But she says she can’t wait to see them in person again.

“I just feel more connected to them,” Orrego said.

And once state and nationwide shutdowns began, some Americans faced food shortages and price increases at the grocery store — so it’s not just people who already have eating disorders that experts are concerned about.

“People start to do weird things with food. They get compulsive, they save stuff, they count stuff, they measure stuff, they are anxious about, ‘Maybe I shouldn’t eat this, maybe I should save it’ or ‘Maybe I should eat more of it, because I may not be able to get it in the future,’” said Ilene Fishman, a psychotherapist who specializes in eating disorder treatment.

None of that is helped by the pressure to stay healthy to avoid the virus, or “the quarantine fifteen.” It’s a common phrase seen on social media, which has seen an increase in use amid quarantine-induced isolation. But popular apps like Instagram and TikTok offer more than digital connection with friends and family. Both are filled with eating disorder content, despite efforts to curb it.

“We’re all seeing we’re all going to gain weight in COVID, all of the diet memes, and all of the jokes,” Fishman said.

The good news is that there’s also a growing digital community for recovery.

“I’ve found a lot of different resources on social media that have really been helpful to me; different accounts that promote body positivity or people themselves who are in eating disorder recovery and share their own struggles,” Orrego said.

The most recent estimates show that at least 30 million Americans have eating disorders, though some experts believe it could be higher. It also has the highest mortality rate among all mental illnesses, making virtual resources for people struggling even more important.