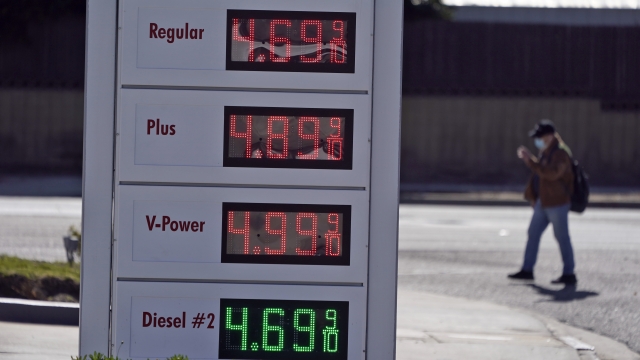 SMS
Experts Say Gas Prices Aren't Coming Down Anytime Soon
By Isbella Diaz
By Isbella Diaz
February 15, 2022
The national average price for gas is about $1 more per gallon than it was this time last year.

At this time a year ago, gas prices were averaging $2.50 for a gallon of regular unleaded.

According to AAA, average gas prices are up 18 cents over the past month to $3.49 per gallon, and experts say they're not optimistic they'll come down anytime soon. 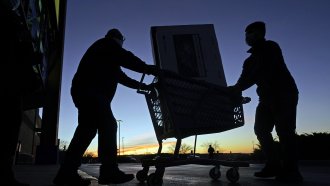 "I do think that in April or May we will probably get to $4 per gallon," Gas Buddy analyst Patrick De Haan said. "Unless there's some drastic change or improvement."

Some states are already seeing an increase. Drivers in Hawaii, California, Washington and Oregon are experiencing some of the highest spikes in the nation.

It's just the latest wave of price hikes across the board. The Labor Department reported last week that inflation in January hit its highest rate in 40 years.

Mark A. Cohen is the director of retail studies at the Columbia University business school, and he puts much of the blame on the pandemic.

"We are in the throes of what we would like to think is a late-stage crisis in this pandemic," said Cohen. "Nobody really knows that to be the case. We're just hoping that Omicron is the last gasp. But we have witnessed throughout the world this unprecedented disruption in virtually every economy."

Despite all this, people are more comfortable going out again, leaving their homes to visit family and friends. Meanwhile, oil and gas industries can't keep up with the surging travel demand. Another factor is the uncertainty surrounding tensions between Russia and Ukraine.

Russia is the second-largest producer of oil in the world and Ukraine is an important energy distribution hub. A conflict between the two nations could lead to more disruptions in the energy supply chain.

Senate Democrats introduced a bill last week that would suspend the federal gas tax through 2022, but critics say that would do little to ease the burden of high prices in the coming months, especially in places where gas prices are already close to $5 per gallon.