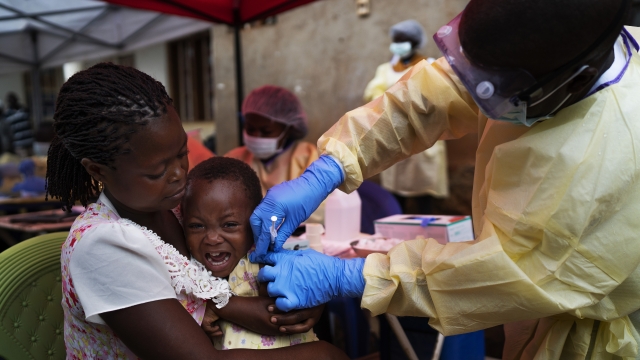 Experts say a number of people are skeptical of science-based medical preventions to viruses. It’s called vaccine hesitancy. And it’s especially dangerous when it comes to COVID-19.

"Vaccine hesitancy is certainly a global threat. It hasn't always been that way. But in the current kind of hyper-connected environment, the public sentiments are spreading rapidly and widely," says Heidi Larson, founder of Vaccine Confidence Project.

Not only is the coronavirus spreading rapidly across the globe, but, thanks to social media, so is misinformation that can lead to mistrust. Facebook recently announced they will reject global ads that discourage people from getting a vaccine.

To stop the spread of the coronavirus, at least 60% of the world's population needs to be immune and we can achieve this through vaccines… But vaccine hesitancy can stop people from taking vaccines in the first place.

Vaccine hesitancy has existed before …. around older, proven vaccines. But newer vaccines are new and with that— comes a lot of unknowns.

"This was also true for the H1N1 vaccine. The newness was a key reason for people not really wanting to take it yet," says Larson.

The World Economic Forum/Ipsos poll surveyed almost 20,000 people in 27 countries. They found that 74% are willing to get a vaccine and 26% aren't. It varies in different countries. People in China were more likely to accept the vaccine than people in Russia.

"There is also all the rumors and the misconceptions that are flowing around social media. Everybody's producing a video, everybody has this online TV," says Robert Kanwagi, Program Coordinator, Ebola Vaccine Deployment Acceptance and Compliance Program in Africa. 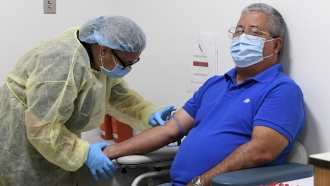 Kanwagi sees social media as being one of the factors for misinformation when it comes to the COVID-19 vaccines.

Kanwagi says on the global stage he sees more government officials and businessmen touting vaccines than health experts, which can make it appear to be about business or politics.

During the vice presidential debate, Senator Kamala Harris, (D) vice presidential nominee, said, "if the public health professionals, Dr. Fauci, if the doctors tell us to take it I'll be the first in line to take it. Absolutely! But if Donald Trump tells us that we should take it, I'm not taking it." Vice President Michael Pence fired back, "the fact that you continue to undermine public confidence in a vaccine...If the vaccine emerges during the Trump administration I think is unconscionable."

The experts say the fact we don't have an approved working vaccine feeds skepticism. When a vaccine or vaccines are developed, we will have more information that can help dispel rumors. But the time to build trust is now—