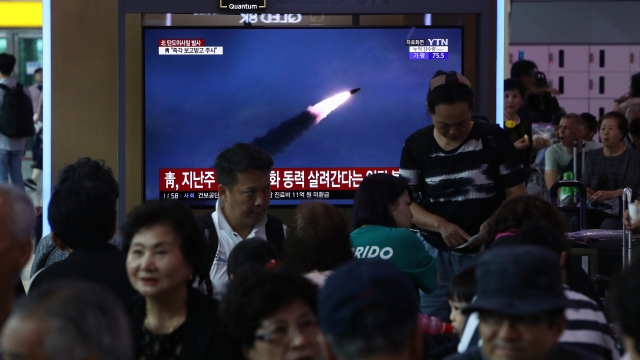 North Korea may be financially handcuffed, thanks to a number of international sanctions. But a United Nations panel found Kim Jong-un is still bringing in tons of cash thanks to a modern strategy.

North Korea made as much as $2 billion from cyber attacks, according to an unpublished report obtained by CNN and other media outlets.

The report was put together by a panel of cyber experts. They say North Korea hacked financial institutions — including banks — to steal money. It also attacked cryptocurrency exchanges to get funds that, as the panel notes, are harder to track. It also found the North's operatives laundered the stolen money.

That money, according to investigators, may be going to the regime's nuclear program and the development of ballistic missiles.

In addition to cyber attacks, the report also said North Korea continues to avoid international sanctions. It says the regime uses illicit ship-to-ship transfers of sanctioned goods. The panel also concluded North Korea exceeded the amount of petroleum it can import, something Russia and China both dispute.

Kim Jong-un wants the U.S. to lift its sanctions so it can make progress in denuclearization talks. But the Trump administration is resisting. The U.S wants to verify North Korea is actually giving up its weapons, which has been a point of contention between the two countries.