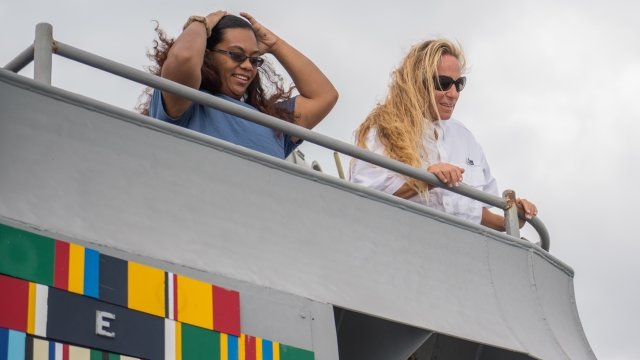 "When we saw you guys coming over the horizon, it was like, 'Oh God, we've been saved!'" Appel said.

Upon their return, the two women said they braved bad weather, sharks and food shortages before making it back to dry land.

But some experts say parts of their harrowing tale just don't add up. 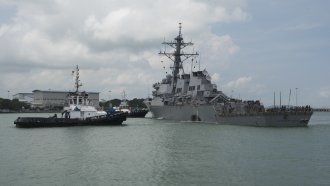 Navy Recovers Remains Of All 10 Missing Sailors After McCain Collision

A spokesperson for the U.S. Coast Guard told CNN on Tuesday that Appel and Fuiava's ship had an emergency beacon, which can use satellites to send messages on a distress frequency. Authorities say their beacon was never activated.

In an email to ABC, Appel said they didn't use it because they weren't in "an immediate life-threatening scenario." The duo had food and water, and they thought they'd be able to make it to land somewhere.

Another possible snag in their story: Appel and Fuiava said they hit a violent storm at the beginning of their journey in May. But according to the Associated Press, the National Weather Service doesn't have any record of a storm like that in the area during that time.

The Coast Guard says it's conducting a routine review into the case, and there is currently no criminal investigation into the incident.