Experts Warn Against Using Marijuana While Pregnant Or Breastfeeding 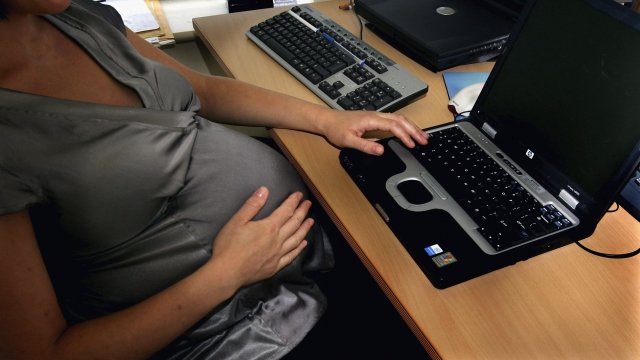 Health experts are advising women not to use marijuana while pregnant or breastfeeding.

A new recommendation from the American Academy of Pediatrics warns that doing so could have potential adverse health effects on the baby's development.

According to the AAP, marijuana is one of the most widely-used substances by pregnant women in the U.S. Experts were concerned that social media posts were touting the use of marijuana for pregnancy-related nausea. Coupled with the recent legalization of the drug in some states, the association says that may give "the false impression that marijuana is safe."

Researchers set out to get a better grasp on how marijuana can affect pregnant women and breastfeeding moms. They studied a group of nursing mothers and detected the chemical THC in more than 60 percent of the milk samples up to six days after the drug was consumed in some form.

So does THC negatively affect the health of fetuses, infants and kids? Experts say they don't know definitively, but based on current data, they think it has an impact on brain development.

The study's authors say more research is needed, but in the meantime, the AAP advises that the safest choice for the baby is for pregnant or nursing women to avoid marijuana and educate themselves on the available information.