Experts Fear ISIS Could Capitalize On Chaos In Syria 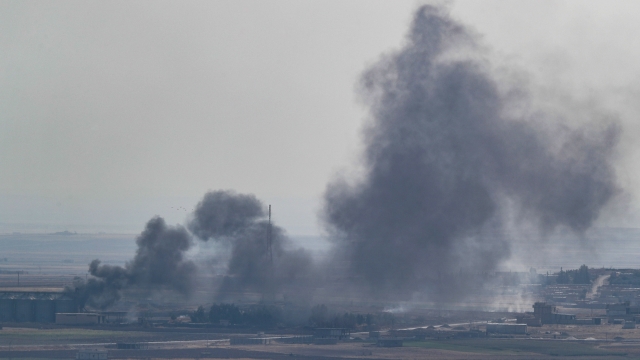 There are growing fears the unrest in northeast Syria will lead to a resurgence of ISIS.

"We believe that the rise of ISIS is imminent, if this continues," said U.S. Sen. Lindsey Graham.

The opportunity for ISIS to regain strength is a consequence of Turkey's military offensive along the Syrian border.

The northeast region of Syria is largely controlled by the Syrian Democratic Forces, a group of mostly Kurdish people. They were an instrumental U.S. ally who helped push ISIS out of the region, and they control detention camps holding ISIS fighters and their families.

But Turkey's invasion pulled the SDF's focus. Kurdish officials said Turkey bombed facilities where they were holding ISIS prisoners and family members, allowing them to escape.

ISIS capitalized on previous power struggles in the Middle East to gain strength, and terrorism experts fear they'll use the current situation with Syria, Turkey and the Kurds to do it again.