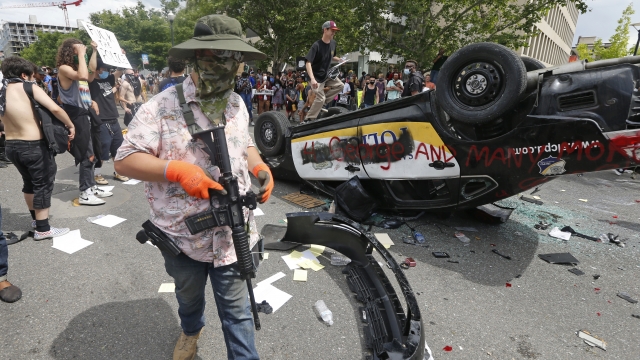 The message is clear: Protesters are marching against racial injustice. But White nationalists and the extreme right are trying to hijack that message.

The Institute for Research & Education on Human Rights has been tracking videos and photos from the extreme right and Boogaloo-related incidents in the George Floyd protests. The "Boogaloo Bois" is an anti-government group with ties to White supremacists.

The institute found evidence of 116 cases where the extreme right infiltrated protests. And it happened in 30 states, as well as in D.C.

Devin Burkhardt, Executive Director, The Institute for Research and Education on Human Rights: "We anticipate to see that number going up significantly as the protests could start to wane. We've noticed more far-right activists lurking around the edges of those protests also and looking for further opportunities to engage and to create mayhem and havoc amongst those protesters. So we anticipate, as things start to calm down a little bit, that actually our work will intensify." 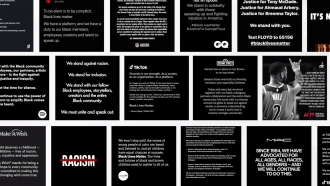 City Police Chief Jarrad Berkihiser: "We also saw definite evidence that we believe White nationalists were here. White nationalist groups were here. Any time my officers were pelted with rocks or water bottles filled with cayenne pepper, it was coming from Caucasian individuals within the crowd."

Lancaster City police identified White agitators by the Greek phrase "molon labe" tattoos, which means "come and take them." It's associated with pro-gun White nationalists and the "alt-right."

Lancaster City Council President Ismail Smith-Wade-El: "These are people who are looking to bring harm to Black and brown bodies."

The Counter Extremism Project found right after the protests began in Minneapolis, a violent neo-Nazi accelerationist Telegram channel with over 5,500 members  broadcast the message that now is a good time to commit a murder. Experts we spoke to say the extreme right and White nationalists aren't outnumbering protesters. But while they are small in numbers, some are using this opportunity to recruit. 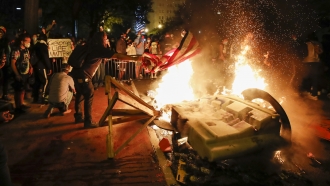 Joshua Fisher-Birch, Research Analyst, The Counter Extremism Project: "They've been putting posters and stickers in the vicinity of the protests that are specifically addressing people who they hope to recruit. They want people to view these protests as a threat."

Still — while extremists groups are interrupting the peaceful protests, Smith Wade-El is hopeful.

Smith Wade-El: "Despite their best efforts, I think thousands of people are still participating in protesting."