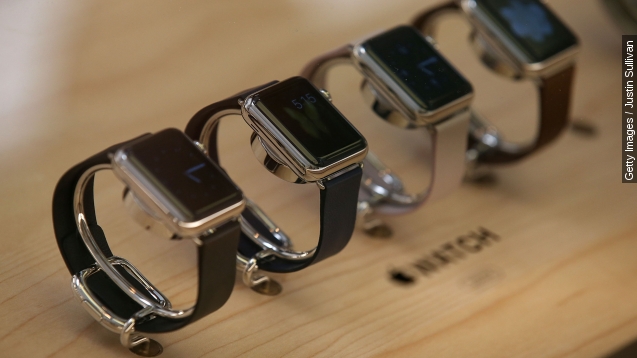 Apple didn't separate the Watch's numbers from the rest of its accessory products, like iPods and Beats, but sales in that category rose by nearly a billion dollars since last quarter.

It's hard to read much into that. The Watch is available at so many different price points it's difficult to determine how many were sold just from the raw numbers.

And that's by design because any number would be hard to interpret. The Watch's rollout encountered shipping delays, and the device wasn't even sold in stores until recently.

Apple is probably trying to avoid headlines like these, declaring the Watch a flop based off incomplete or hard to interpret data, although its stated reason is to avoid giving competitors too much information about the wearables market.

But it's clear analysts and tech geeks want to know how the Watch is doing, so they're going to read however much they can into the report's numbers. (Video via Apple)

The New York Times wrote, "Before the report, analysts had estimated that if revenue in the category exceeded $5 billion, it would be a sign that Apple had sold at least five million watches." Revenue was around half that.

TechCrunch's napkin calculation put sales at around 2 million units, pointing out that's more than the iPhone sold in its first two quarters.

That aligns with what CEO Tim Cook said on the earnings call: That the Watch had outperformed other groundbreaking products, like the iPhone and iPad. He claimed Watch sales exceeded Apple's own estimates. (Video via Apple)

What that means for the future of the Watch is anyone's guess. Market research firms are split over whether it's a success, a flop or maybe just needs a little more time. And even if Apple had released sales numbers, we still wouldn't know the verdict.