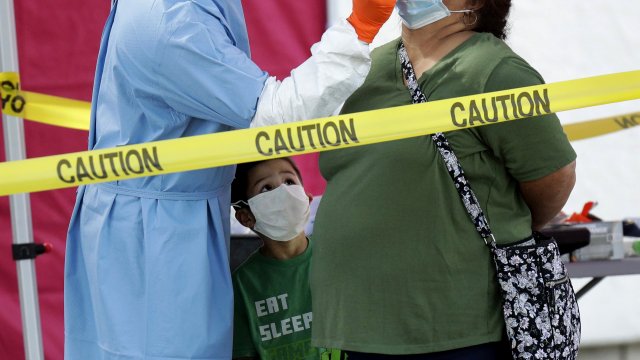 The data on coronavirus is blunt. A recent CDC report says "a disproportionate burden of illness and death [is] among racial and ethnic minority groups." In mid-April, nearly 70% of the coronavirus deaths in New York City were minorities. Now, the infection rate among Navajo Nation has surpassed that of New York.

Experts told House members on the Ways and Means Committee there isn't just one contributing factor to these staggering statistics. The data shows it's education. It's housing. It's unemployment rates. It's underlying conditions. It's health care access.

Dr. Alicia Fernandez says part of keeping minority communities safe going forward is creating a more diverse health workforce and catering to the needs of the specific communities. She says Latino communities are struggling with seeking basic services during the pandemic.

Dr. James Hildreth says it's not just about access once a vaccine is discovered. Hildreth says minorities have historically been left out of drug development and suggested historically black medical schools lead the fight against COVID-19 in their communities. Members and experts alike acknowledge there's a long road to equality. Hildreth wants everyone to focus on the health concerns first.