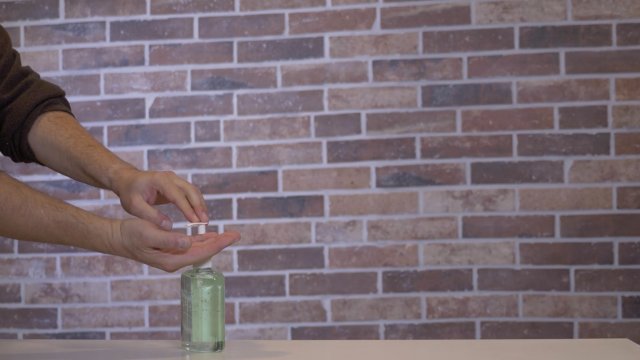 SMS
Experts: Slow Coronavirus' Spread Now To Prevent Superbug Later
By Mark Greenblatt
By Mark Greenblatt
March 18, 2020
An infections expert told Newsy that protecting yourself from the disease now could help prevent the creation of a "superbug" down the line.
SHOW TRANSCRIPT

Alcohol-based hand sanitizers have largely disappeared from store shelves across America. In their place are signs warning of shortages.

“We've been out for at least the last two weeks," pharmacist Michael Kim said. "You know, when everybody started panicking, everything flew off the shelf probably in one day."

It's all part of the mad rush to fight off the spread of COVID-19.

But is there a potential down-side to the explosion of popularity for alcohol-based hand sanitizers? Two years ago, an Australian researcher found that "superbugs" in hospital settings have begun to develop resistance to alcohol-based sanitizers.

Superbugs are strains of bacteria that have become resistant to antibiotic drugs, making them especially dangerous and sometimes untreatable.

The findings of the study were widely shared around the world. So with an unprecedented global use of the alcohol sanitizers happening right now, is it possible we are all fighting off one highly contagious virus today only to be creating a dangerous superbug for tomorrow?

Here's the good news: The Australian researchers themselves tell Newsy their study "was focused on one type of hospital superbug that is not widely present in the community."

They say, "the benefits to virus control by using hand-rubs greatly outweigh the minimal risks of creating alcohol-tolerant bacteria." And one of the top superbug experts in Canada, Dr. Andrew Morris, agrees, and as far as he is concerned, people should use as much hand sanitizer and soap as they can right now.

He advises, "if we can reduce the biggest current problem, everything else is going to be much smaller." He says if we don't prevent the spread of COVID-19 now, then  we very well could face another major problem down the line. Morris says: "If we see a huge spike in severe COVID cases, you're going to see lots of antibiotics being used. You will see people in crowded conditions. And that is going to be the absolute perfect setting for the development of superbugs."

So while we wait for shelves to be restocked, the best advice: Wash your hands.

First wet your hands. Turn off the tap.

Scrub for at least 20 seconds.