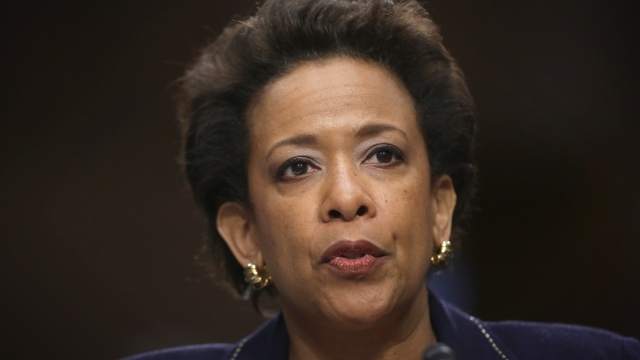 U.S. Attorney General Loretta Lynch might be the president's choice to replace Antonin Scalia on the Supreme Court.

"When you look at America, and for all of its glory and all the wonderful things that it achieves, it's clear that we still have issues involving race," Lynch told CBS.

That's the best guess from Tom Goldstein of the highly respected SCOTUSblog. He predicts Obama wants a black nominee for the court and writes, "The fact that Lynch was vetted so recently for attorney general also makes it practical for the president to nominate her in relatively short order."

If she is the president's choice to replace Scalia, it might be a controversial pick. As a high-ranking member of the Obama administration, she's been subject to a lot of conservative criticism.

Another rumored pick? Sri Srinivasan. The D.C. circuit judge has argued before the Supreme Court more than two dozen times. He'd be the first Indian-American to serve on the nation's highest court.

Judge Jacqueline Nguyen is another name to watch. Born in Vietnam, she made history as the first Asian-American woman to sit on a federal appeals court.

Of course, Senate Republicans have already said they don't want President Obama to even have a say in choosing the next Supreme Court justice. They'd rather wait until a new president takes office next year.

This video includes clips from the Ford Foundation and the Federal Judiciary and an image from Getty Images.