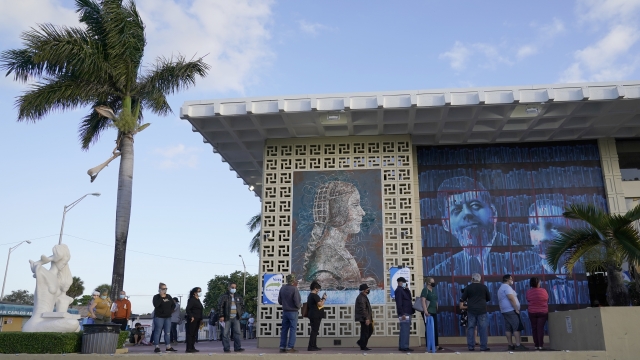 That’s about 62 percent of the state’s registered voters and more than 2 million more votes than total early turnout in 2016.

Democrats have a slight edge over Republicans, casting about 110,000 more ballots.

Republicans are banking on a big turnout Tuesday.

"I’m really going to be interested to see what the turnout is like on Election Day, see if there are indeed these people that waited until the end and wanted to do that," said Carol Weissert, political science professor at Florida State University. "Or is there some cannibalization of people who would have voted on that day and we have counted them already?"

Weissert thinks we might know who gets Florida’s 29 electoral votes sooner rather than later.

With so many voting early and those votes already counted, she believes we’ll have a state winner declared before Wednesday.