Treating Peanut Allergy With Peanut Exposure Might Up Reaction Risk 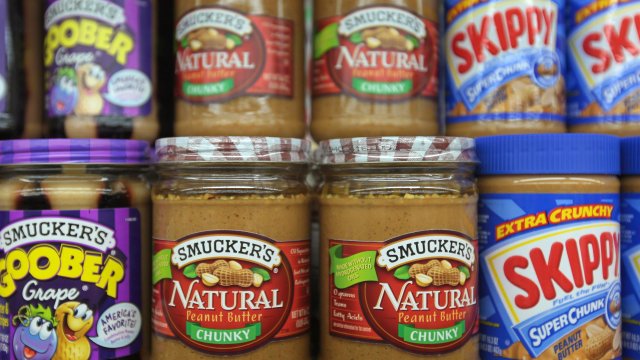 A new study suggests treating peanut allergies with peanut exposure might trigger the opposite effect in patients.

Research published in The Lancet on Thursday indicates immunotherapy for peanut allergies actually increases the risk and frequency of serious allergic reactions. That's compared to avoiding peanuts altogether or using a placebo in clinical studies. There's currently no specific treatment for the millions of peanut allergy sufferers around the world, which is why there's a growing interest in the emerging field of oral immunotherapy. It involves repeated exposure to the allergen over time, slowly increasing the dosage to build up tolerance.

Immunotherapy appeared to have been successful in other scientific studies, and the FDA is in the final review stages for a peanut allergy immunotherapy drug called AR101. If approved, it would be the first drug of its kind and could be on the market sometime in 2020.

But when the Lancet researchers took a comprehensive look at multiple studies on peanut allergy immunotherapy, they came to a very different conclusion. Their results showed that outcomes after oral immunotherapy came with a nearly tripled risk of anaphylaxis and a close-to doubled risk of epinephrine use and serious adverse events, compared to avoidance or placebo. The 12 global studies they surveyed involved more than 1,000 patients between the ages of 5 and 12.

Here's what the researchers say their findings highlight: that there's a disconnect between supervised results measured in a medical setting and the outcomes that patients experience in the real world.

To be clear, they're not completely rejecting recent research upholding peanut allergy immunotherapy, but the study's lead author says "its effectiveness and reliability remains unclear."

They recommend more rigorous testing before it should be used as a regular treatment.