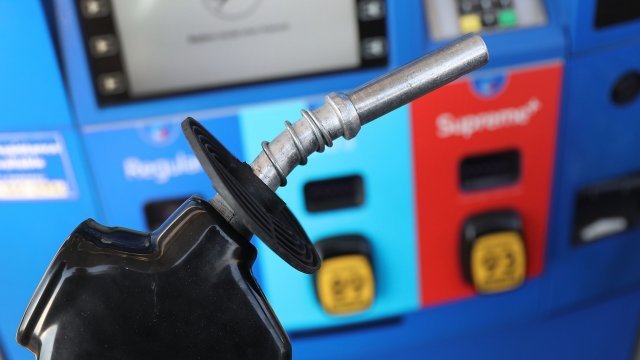 President Trump's decision to withdraw the U.S. from the Iran deal has lots of diplomatic consequences. But it also means you might pay more to fill your tank.

Iran, which is one of the world's largest oil producers, started pumping out another 1 million barrels of oil per day when economic sanctions were lifted in 2016. Now that the U.S. is out of the deal, some of that oil's expected to leave the market, which could mean higher gas prices.

As of Thursday, the national average for gas was $2.84 per gallon, up about $0.50 from last year. That figure could jump higher depending on where oil prices go.

West Texas Intermediate, which serves as the benchmark in oil pricing, is sitting around $71 a barrel — a more than $20 increase from this time last year.

This all comes at a time when the global oil supply is slimming down. For the past five months, OPEC members have been enforcing production cuts that they plan to continue into the end of the year. On top of that, instability in Venezuela — which holds the most oil reserves in the world — has caused the country to hit close to a 30-year low in crude production.

Saudi Arabia — the de facto leader of OPEC — released a statement on Tuesday saying it will work "to mitigate the impact of any potential supply shortages."

But we still don't know how the other nations in the Iran deal will respond — new U.S. sanctions might not scare off countries like Russia and China from buying Iranian oil.